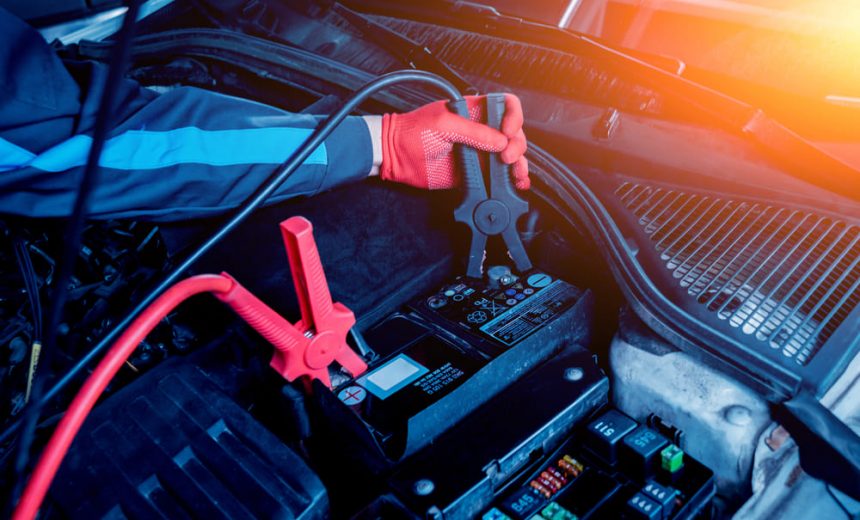 Switching on the ignition of a manual, automatic, or electric car has the reassuring sound that you’re ready to go. It’s the sluggish or clicking sound that’s the dreaded flat battery. You can push or jumpstart a car with a flat battery or idle a car to charge the battery.

What follows is a breakdown of benefits and drawbacks as outlined above.

Advantages Of Idling A Car

You Don’t Need A Special Connection

We depend on cars for leisure and pleasure, drive long and short distances, and feel our hearts sink when a car doesn’t start. When idling, a car’s battery discharges power and recharges via the alternator. You don’t have to have a special fitting or connection to idle and charge a battery.

A rush of electrical current is sent forth when the ignition is turned on and received back in the battery to recharge simply by idling a car. An idling car needs between 15 to 20 minutes to recharge; that’ll be enough to start a car. And at least 30 -40 minutes for a stronger recharge on a battery.

You Don’t Need To Be A Specialist

You Can Charge A Battery At Home

You can charge a battery at your home and in your driveway. You must sit in the car, have the windows open, and you can listen to an audiobook or catch up on what’s app platform while the idling car charges the battery. Avoid using the radio or stereo, or electronics.

Choose a level spot for idling and charging the battery and pull the handbrake up to stop the car from rolling back. The battery stores chemical energy that becomes electrical energy through the alternator.

You Don’t Have To Drive To Recharge The Battery

You can idle your car and recharge your battery anytime, from early morning to late night. You don’t have to drive anywhere, idle, and recharge the car outdoors or in a well-ventilated spot. The alternator regulates the charge in the battery, and a battery at rest’s average capacity is:

The voltage in a battery is the battery’s electrical potential. At a higher voltage, when a car drives, the electrodes do more work. The car has more power available for the electrical system.

You may also want to read about What Size Hail Damaged Cars?

Disadvantages Of Idling A Car 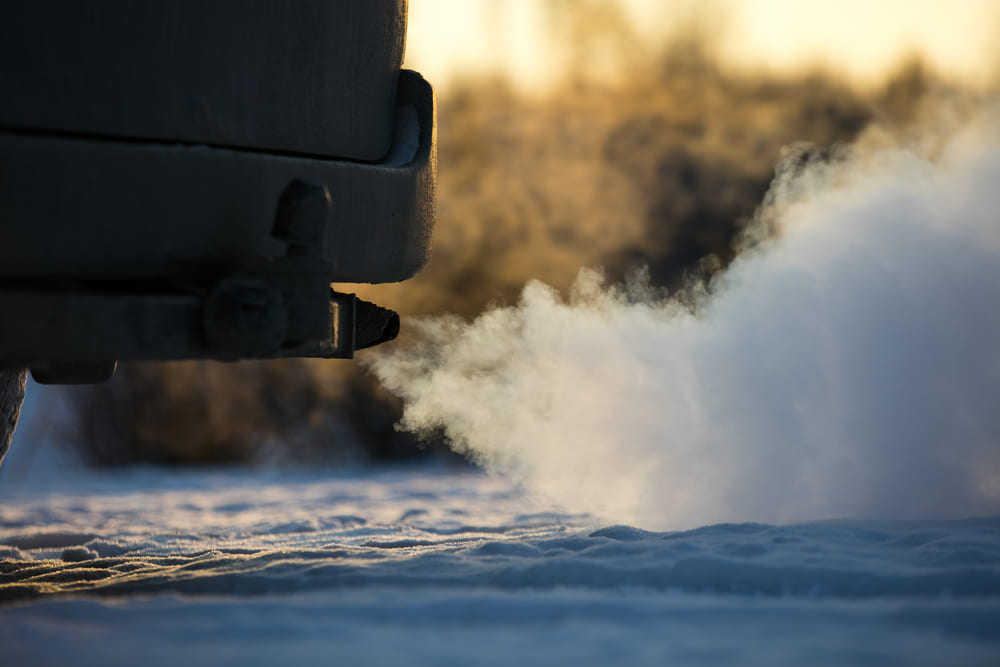 You Need To Idle Outdoors Or In A Well-Ventilated Space

As rules go, you don’t idle a car in a closed garage. You need a well-ventilated outdoor space. And not having an outdoor area or a garage that’s either ventilated or open can complicate idling a car to charge a battery.

You Have To Sit In The Car When Idling

You need about 15 minutes of idling to restart the car and at least 30 to 40 minutes to recharge until you drive the car next.

You Can’t Use Electronics When Idling To Charge A Battery

Idling the engine with electronics on drains the battery, with less recharging happening than when one is driving a car. For a faster, steadier charge, turn the electronics off while you sit in an idling car to charge the battery. The electronics guzzle up power, especially when idling a car.

Idling With No Occupant Is A Theft Risk

Idling a car to charge a battery can be a disadvantage as it takes a long time. You shouldn’t leave a car idling with the key in the ignition if you’re not there. It is a risk. Anyone can jump in and make off with the car.

From an environmental impact perspective, fumes from idling cars are harmful, and drivers can face fines in some states. Did you know that toxic carbon dioxide fumes in rush-hour traffic from idling engines can give off a pound of carbon dioxide in 10 minutes?

The Environmental Protection Agency (EPA) warns that cars shouldn’t idle for more than 30 seconds to save the environment. An idling car gives off as much pollution as one that’s driving.

Idling Uses Gas And Can Harm A Car

It costs to idle a car to recharge a battery. An idling car is stationary, and charging a battery this way is less effective than driving a distance. When idling a car, you use gasoline.

How Idling Charges A Battery

An idling car can charge a battery as follows: On the mechanical side, the car’s engine is running, and the armature in the alternator spins together with the engine’s crankshaft. A switched-off voltage reading is between 12.4V and 12.6V, and a car that drives has a voltage reading increase and stands between 13.5 V and 14.5V.

For a car idling, a voltage between 13.5 V and 14.5 V charges the battery through the alternator. The charge is unlike previous generation cars (before the 1960s) that worked with direct current (DC) and did not have sufficient voltage to charge a car battery. Now a regulator inside the alternator controls the discharge of energy. 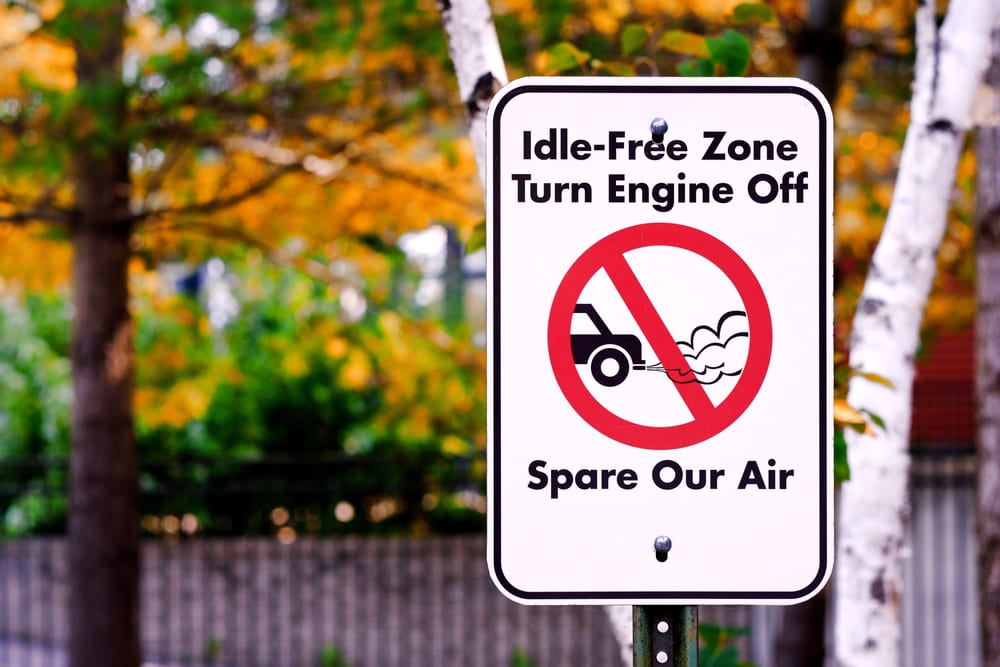 When your battery needs to be recharged, there are hands-on methods like finding a few hulky chaps to push your car. This works for a manual car and is best on a slope. Start in second gear with your foot on the clutch and when the car gains momentum, release the clutch. The car will jerk, and you can drive off.

But don’t try and push start a car if you’re standing outside and you are the driver. Make sure there’s a driver in the driver’s seat when you push start a car. Experts say push-starting a car gets the drivetrain, none other than the gearbox, drive shafts, and differentials, engaged. Once the engine is running, you can go for a spin or just let the car idle to recharge the battery.

Another popular technique to recharge a battery is to use a pair of jumper leads from another car’s battery to yours. The cars must park with engines facing each other and the batteries in close range. When you connect the two batteries, ensure the engine and electronics are turned off and avoid an electrical arc by keeping a distance between the cars.

Safety And Idling A Car To Recharge A Battery

A car engine doesn’t stop running when you idle. The alternator works like an electric generator to charge a car battery and to run a car engine’s electrical system. An alternator recharges a battery as one drives and gives the electrical current to the car’s electronics. In most cases, the alternator will charge the battery just fine while the engine is idling.

Idling a car has relatively less capacity for the alternator to build up a charge, mainly if a car’s electronics are used while running the engine, and the car is not driving.

Does Idling A Car Charge The Battery?