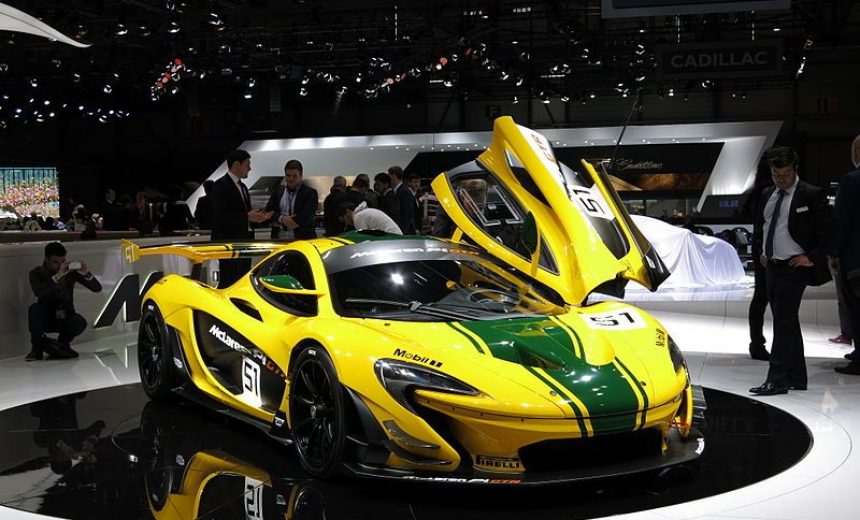 Top 10 Expensive Cars in the World

Whenever it comes to purchasing a car, we try to save some money — one way or another! As we visit other side of the game, however, things aren’t same. There are people who wouldn’t mind spending a fortune for their dream car, and they have a wonderful set of expensive cars to choose from. It’s not just about the art of luxury, but also about stunning features and comfort. In this article, we have listed the top 10 expensive cars in the world. It would surely amaze you. 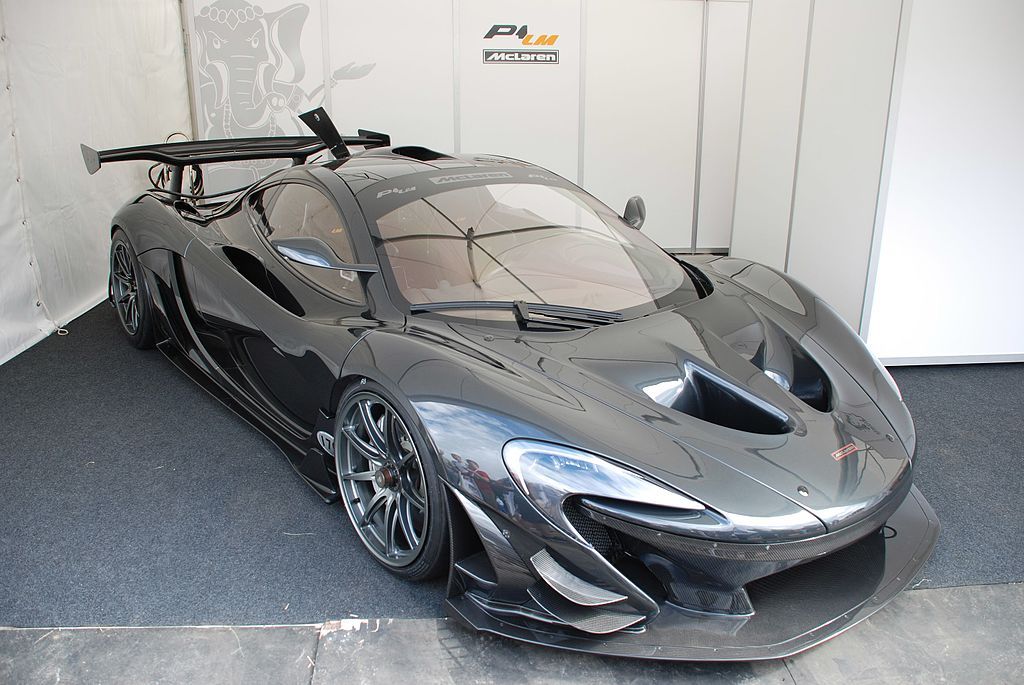 Priced at a whopping $3.7 Million, McLaren P1 LM is one of the most expensive cars you can ever purchase! This wonderful four-wheeler is the result of combined efforts by McLaren and Lanzante Motorsports. It has a twin-turbo V-Eight engine of 3.8 Liter, which, when combined with the electric motors, can produce a top-level 1000 horsepower. People love the McLaren P1 LM for its wonderful construction. In case you did not know, McLaren P1 LM comes with gold plating on the engine bay area. 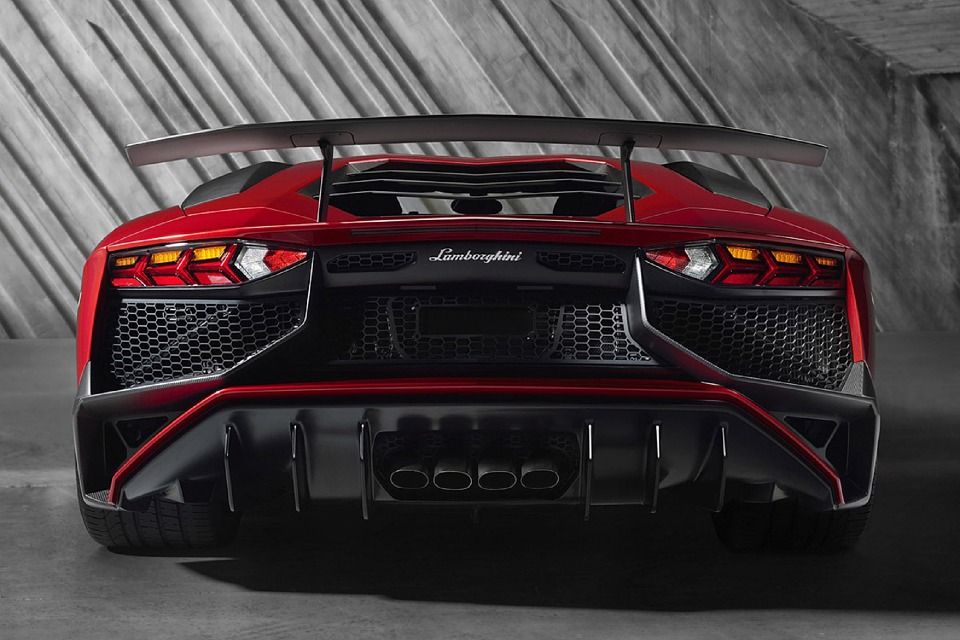 If you have $3.3 Million to spend, you can have this luxury vehicle from Lamborghini, which is noted for class and power. It needs to be noted that Veneno Roadster is different and pricier than the actual Veneno. That 6.5-liter V-12 Engine can offer you a total power of 740 Horsepower, which does great for an open-top two-seater like this. However, you may find some features same in the Veneno Coupe and Veneno Roadster, one of them being the ISR Automated transmission system. The all-wheel-drive system makes it an all-rounder. 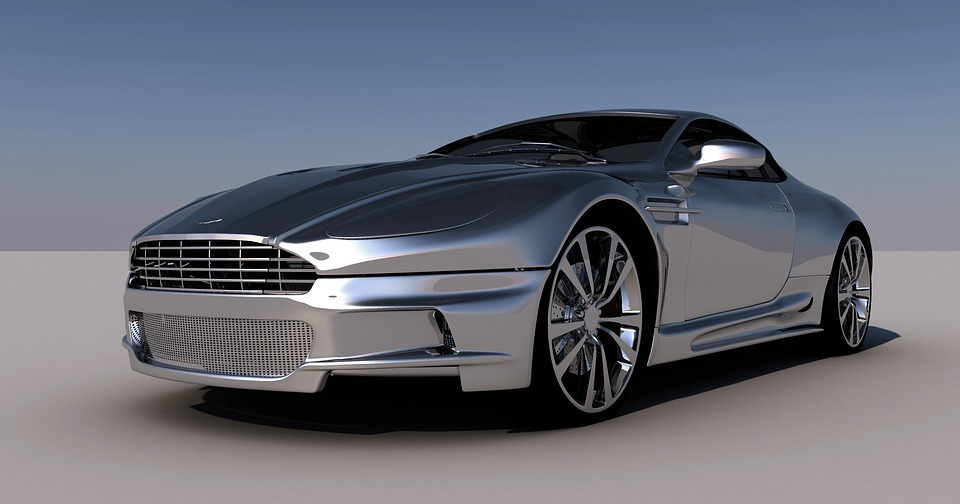 One of the best vehicles that Aston Martin has designed and manufactured in the recent past, Aston Martin Valkyrie beats every standard for a competitive price of $3 Million. It uses a hybrid engine system and an electric system that would produce a power of 1000 Horsepower, which is suitable for all types of customers. It has a wonderful power-to-weight ratio of 1:1, enhanced by the aerodynamic design. With all the power, the system makes sure that Valkyrie flies through the air. 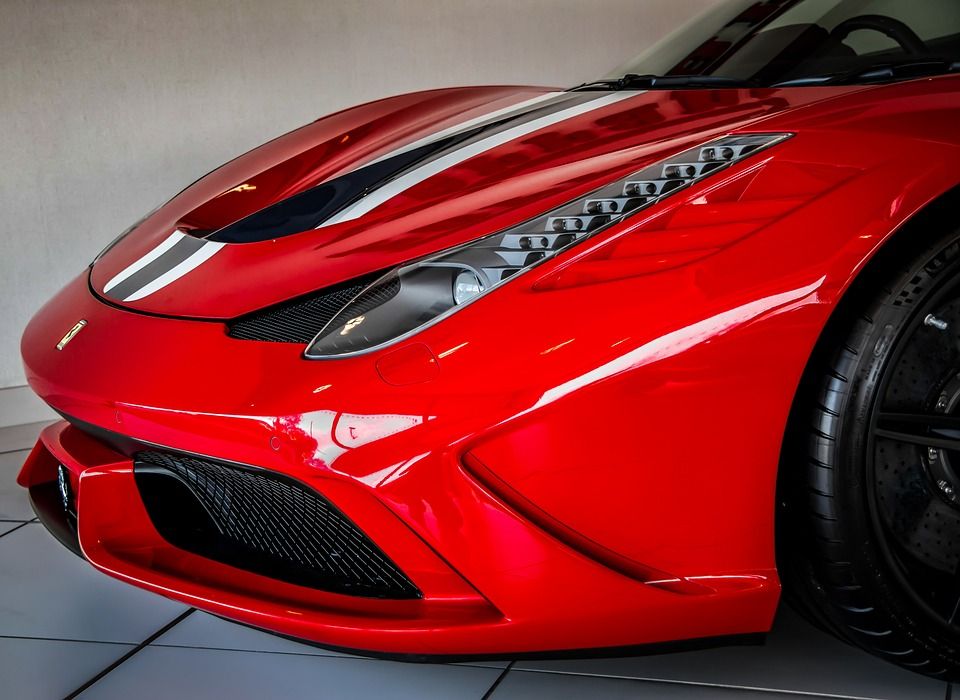 Ferrari Pininfarina Sergio is another pick that you can have for $3 Million. The vehicle comes with a hand-made body that is built using carbon fiber. This not only enhances the build but also reduces the weight by several kilos. The two-seater is based on the open-air idea and the vehicle packs one of the best engines ever seen. The 4.5-Liter V-8 Engine is powerful enough to get the best of this no-roof vehicle, and the aerodynamics — in addition to the lack of several components — will make it even faster. 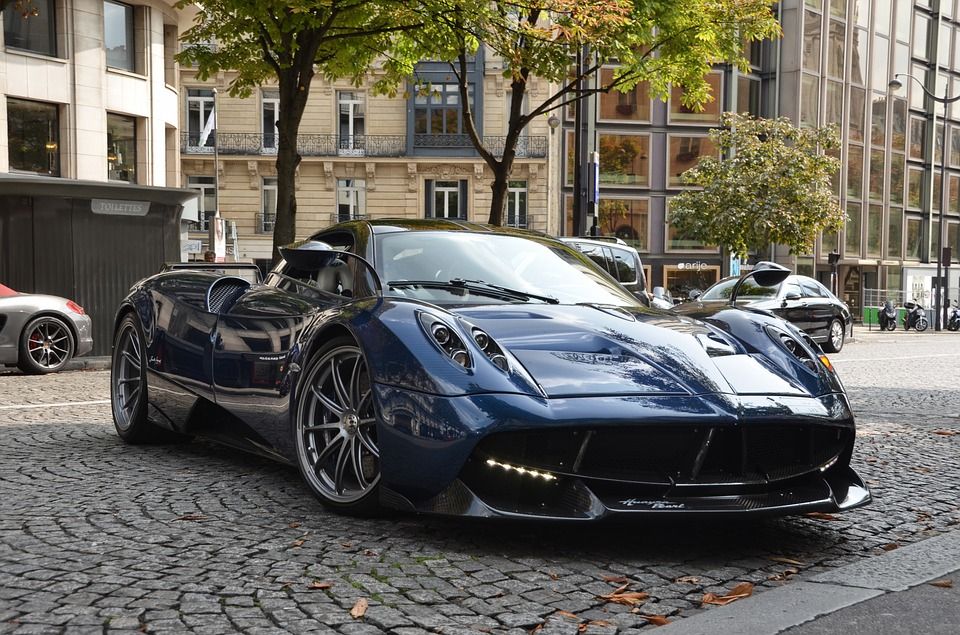 You should have $2.8 Million and more ready with you when it comes to purchasing the Pagani Huayra BC. It happens to be one of the priciest Paganis that have been made so far, and the BC in the name is noted for the ‘base’ connotation. It uses a 6.0-Liter V-12 Bi-turbo engine that can offer a maximum power of 790 HP. The seven-speed Xtrac transmission system not only makes the speed under control but also offers one of the smoothest experiences of driving. 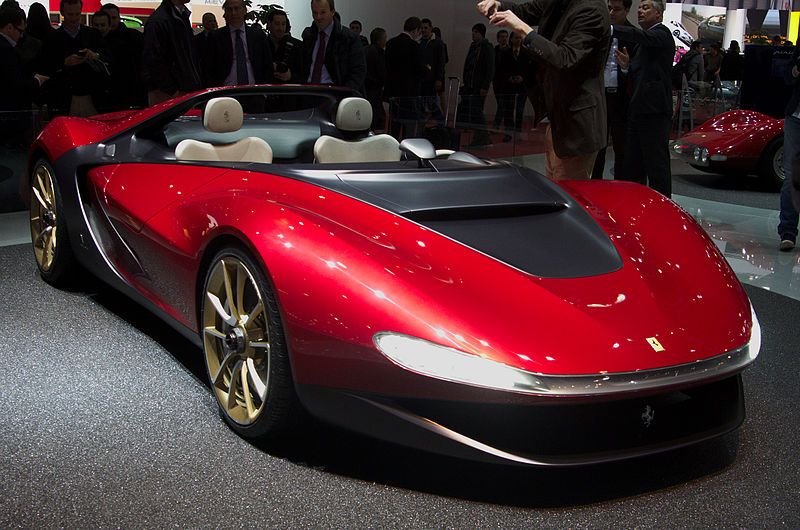 Priced at $2.2 Million, Ferrari LaFerrari Aperta is one of the wonderful Ferraris ever made. This beast can get to 60 from 0 in just two seconds, which is extraordinary. The total power of 1000HP is delivered using many techniques, including 6.3-Liter Ferrari F140 V12 Engine and the innovative drivetrain system. Also, the open-top design complements the vehicle when it comes to gaining speed and unleashing the best. There are also some changes in the design, particularly in the window-opening angles. 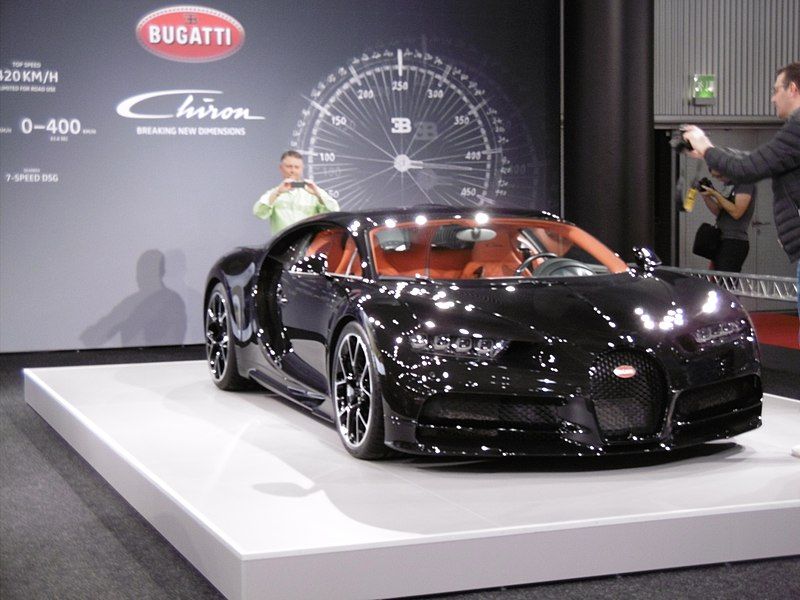 It’s not just the W16 engine that makes Bugatti Chiron one of the best supercars in the current market. You might be thinking about the Veyron, but it needs to be noted that Bugatti Chiron is more powerful than that, with a total power delivery of 1500HP, thanks to the 8.0-Liter engine. The manufacturer has also focused on the total build of the vehicle, not just polishing and a maximum speed of 261mph. Currently, Bugatti Chiron is one of the most popular and noted supercars around. 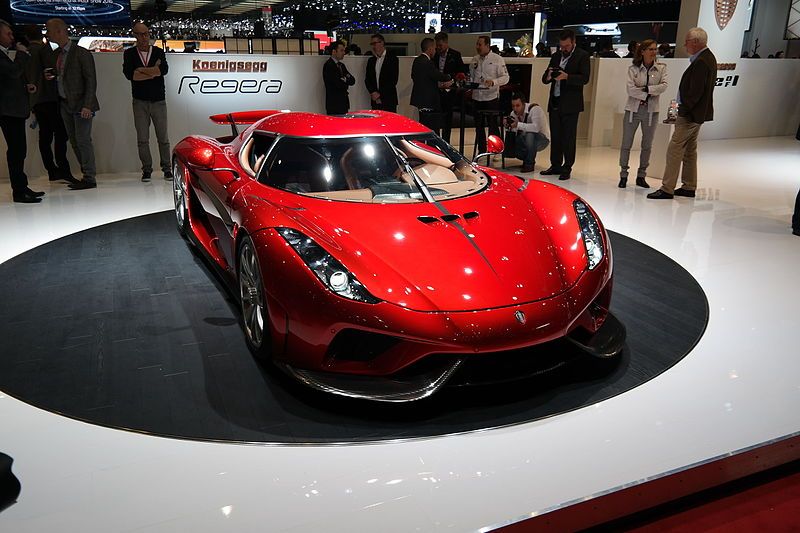 Koenigsegg Regera comes with a price tag of $1.9 Million, which doesn’t sound pricey when we consider the awesome set of features. Inside the car is a twin-turbo V8 Engine, which is capable of providing an amazing output of 1100HP. It also makes use of something called the Koenigsegg Direct Drive System, which enhances the total speed by using the electrical motors alongside. The drive system is one of the reasons why the car is one of the costliest ones in the world. 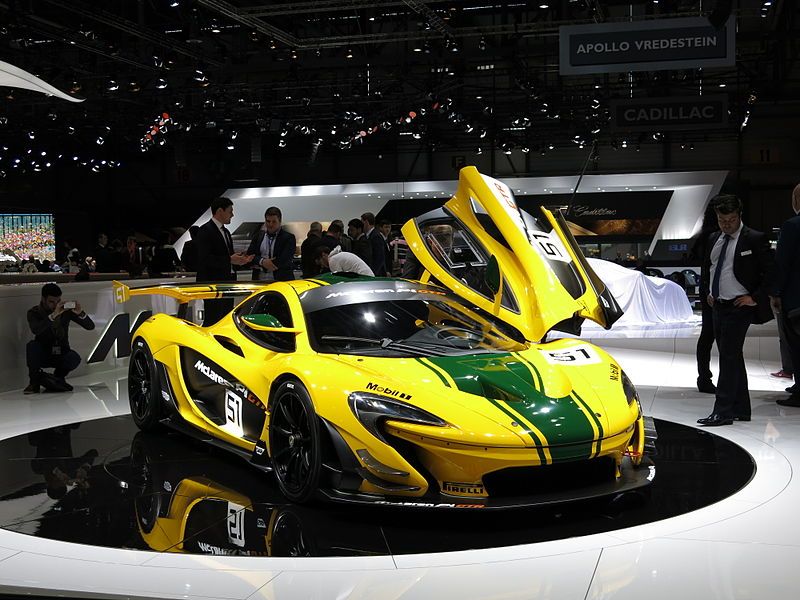 By spending $2.59 Million, you can have McLaren P1 GTR, which is one of the most prestigious cars that are made by the company. It’s so powerful that the transition from 0 to 60 happens in 2.4 seconds, which is for sure legendary. One of the best features of this beast is the different driving modes, which optimize the 1000HP engine for various purposes. Thanks to race-ready suspension and drag discount system, McLaren P1 GTR offers a unique driving experience in the end. 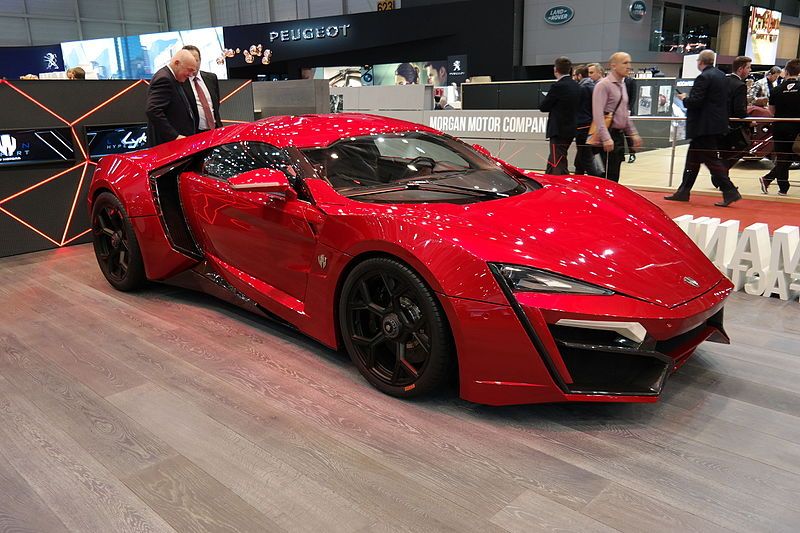 Lykan HyperSport is priced at $3.4 Million and is one of the supercars that combine performance and luxury-style design. In case you did not know, Lykan HyperSport makes use of Diamonds for making the LED blades on the front. Coming to the engine part, you would spot the 3.8-Liter engine that offers a consistent power of 780 Horsepower. It took around 2.8 seconds to reach 60 from 0, which isn’t so bad, considering all those great expensive things on the front.

Awesome Video Top 10 Most Expensive Cars In The World

So, we have listed some of the most expensive cars in the world. These can be your choice when you are a billionaire and do not mind spending a few million on a car. However, keep in mind that the majority of the vehicles are limited edition, and only a few of them have been manufactured — so far!

Top 10 Expensive Cars in the World