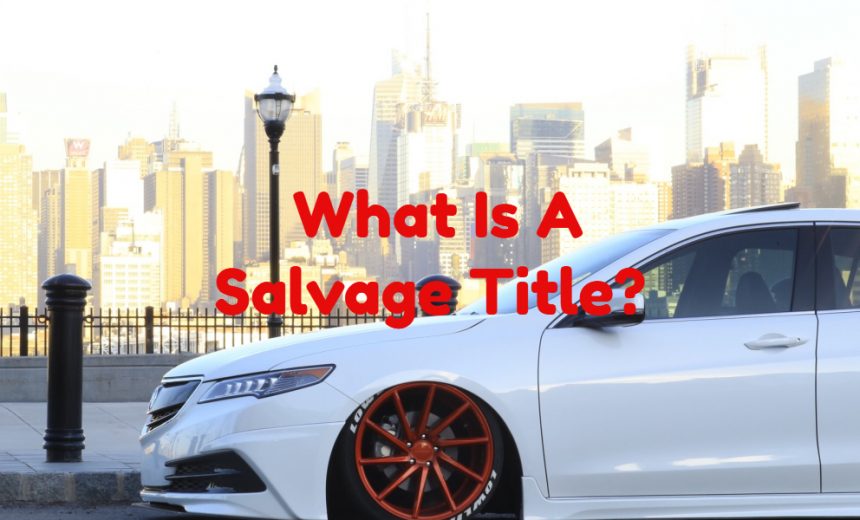 Looking to purchase a previously-owned car you may come across one that has a salvage title rather than the normal title you normally see. What is salvage title vehicle? The word “salvage” indicates the vehicle was “saved” but where was it saved from and why? By the time you finish reading this, you should be able to answer that question completely.

Technically, a salvage title vehicle is one that an insurance company has considered to be unworthy of repair. In most cases, if fixing a vehicle will cost more than seventy percent of its current value, an insurance company will consider the vehicle a complete loss. The current owner will get a payout and the vehicle is normally sent to a junkyard. In some cases, however, someone will “rescue” the car and repair it to legal operation standards and it will be issued the salvage title. This may sound like you are setting yourself up for a bad deal, but what constitutes a complete loss varies from state to state and there are many reasons that can result in a car being written off by an insurance company.

A Variety of Paths

Salvage title vehicles end up being written off for a variety of reasons. The most frequent reason is that the vehicle was in an accident and damaged beyond repair, or rather the cost of repair would have exceeded the value of the vehicle. Other reasons that can result in ending up with a salvage title include:

*Vandalized – Vandals may strip a vehicle of its parts, destroy the exterior with paint or dents or do other damage that is so extensive that repairs will cost more than the perceived value of the car. This can mean that external work is very costly but the inner workings are in perfect order. The car may simply be older and not considered worth much.

*Non-repairable – When a vehicle is considered too poor to sell and only worthy of being used for parts.

*Weather damage – This includes such things as floods and hail. When a car has been subject to damage from weather-related events, an insurance company may write the car off and compensate the current owner.

The best way to find out what the possible reasons for the vehicle you are looking at to be considered salvage title material, check with your local state DMV to learn the situations considered in your particular state.

Now that you know what a salvage title vehicle is you may wonder if you should purchase it. This will depend on whether you like the car itself and if you plan on keeping it. Cars that receive salvage titles often have to undergo inspections that are stricter than a normal inspection. This means that the parts needed to bring the car up to drivable standards had to meet quality standards. The only disadvantage of buying a car with this title is that it may be difficult to sell should that be your goal. Most car dealers won’t take a salvage title vehicle as a trade-in, so you will need to sell the vehicle privately to a buyer or at an auction. If keeping the vehicle long-term is a goal, base your decision, not on the type of title but instead on the same qualities you would use to make your decision on any vehicle.

What is a Salvage-Title Vehicle?